Center for Blue Democracy What is a citizens’ assembly?

A citizens’ assembly is a new form of democratic decision making. It can be held at the level of a city, a region, a country, or even an international community such as the European Union. A citizens’ assembly consists of a randomly selected group of citizens, which is formed taking into account demographic criteria such as gender and age. The idea is to create a miniature of a given community. The role of a citizens’ assembly is to conduct a thorough analysis of a given subject, discuss various solutions, weigh the associated pros and cons, and finally come out with well thought-out decisions based on mutual consensus.

In the recent years, citizens’ assemblies in various forms have been organised in numerous countries around the world, such as Australia, Ireland, Poland, Canada, France and the United Kingdom. When we say that citizen’s assemblies are a form of deliberative democracy, we mean that discussion and deliberation among citizens represents a key component of the process. 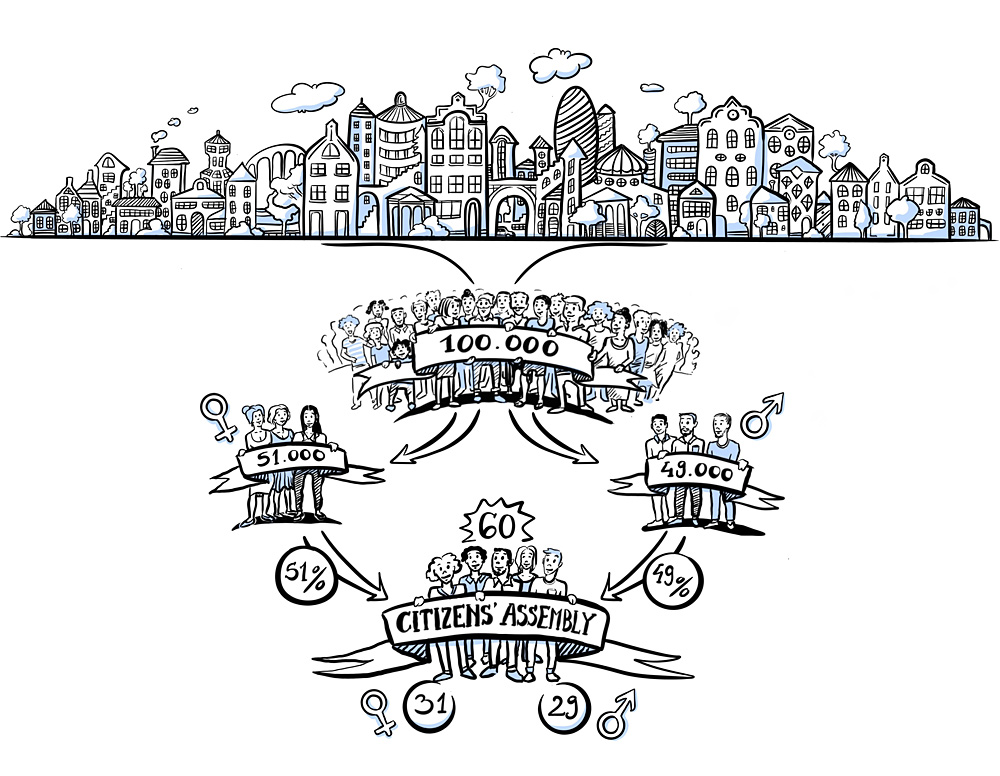 Based on our experiences in Poland and abroad, we have developed our own working model of designing and conducting Citizens’ Assemblies – you will find it described in greater detail in the publications on this website. The approach we propose and promote is based on the following guiding principles: